Shortly after graduating high school David took a brave and bold step to follow his dream of becoming a locksmith. This involved moving from his family home just outside of Fort Wayne Indiana to take the Tinder Co. Apprentice Security Technician position in June, 2012. He was born in Noblesville and raised in Sheridan Indiana and still has some family living there. His family, including one older sister and two younger brothers moved to Fort Wayne when he was 12 years old.

For a few years prior to starting at Tinder Co. David studied locksmithing intensively. He independently took a formal Locksmith training class, attended Taylor University, learned Master keying, decoding locks and making keys. That, plus years of experience installing and repairing electrical wiring, troubleshooting and repairing equipment around the house make this a perfect position for David to utilize his strengths and interests.

David was very active in 4-H club and completed several projects beginning in in 3rd grade that fueled his interest in electronics and locking devices. He was 4-H Junior Leader from 2005-2011 and 4-H Key Club award for outstanding leadership in 2011, and has held many volunteer positions.

David is both mechanically and electrically inclined. These inclinations plus a passion to learn have earned David respect of his co-workers and rapid advancement at Tinder Company. He is currently one of our “go-to” technicians when a job involves cameras, CCTV, access controls and electric locking devices. He has taken many formal training since he started working here and has become a highly skilled and valued employee.

Special interests besides locksmithing and building electronics include wind and solar power. He has also been enjoying the pool at his new apartment which he shares with a roommate. 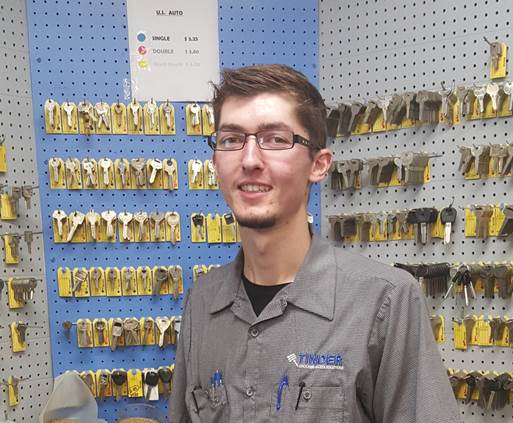 More of the Tinder Team: 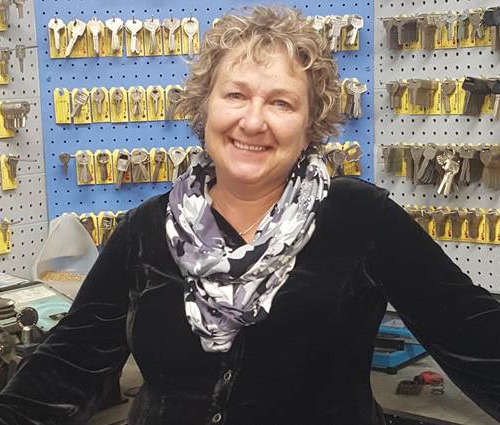 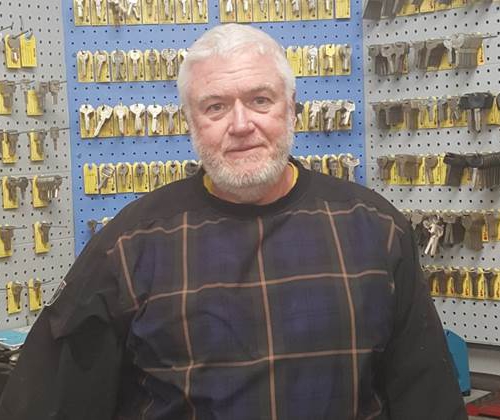 James Tinder started Tinder Company in 1978 after working for another local locksmith for several years. 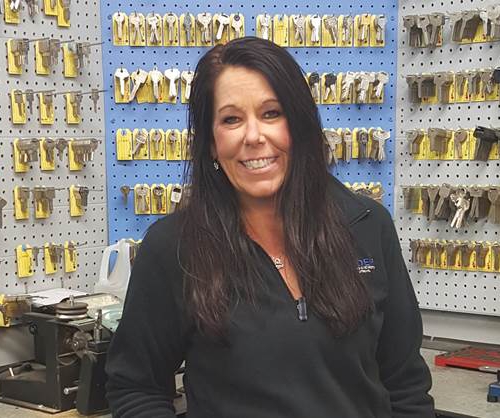 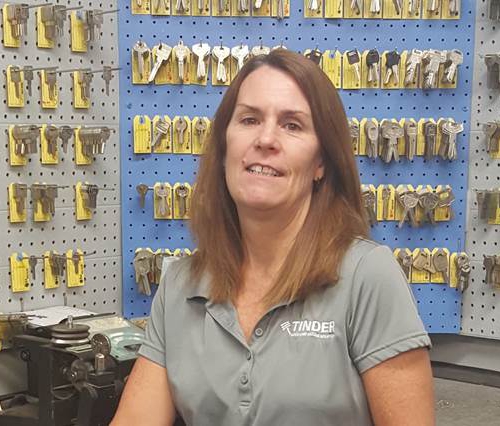 Margaret has been in the locksmith and security business for over 15 years.